The US Disease: Good intentions with unintended consequences.

Russell Banks, the acclaimed American writer and President of the International Parliament of Writers, is more used to getting awards than giving them out. However, this week he is on the jury at the International Film Festival on Human rights in Geneva. 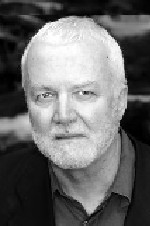 What made you accept the invitation to be on the jury?

I have made a couple of feature fiction films but I was really interested in learning more about documentaries, meeting other film makers and watching films on human rights. Due to the limited distribution of these films in the US, I would never have got to see them.

What difference can niche film festivals likes this one make in raising wider awareness of human rights abuses? Aren’t they just preaching to the converted?

You are preaching to the converted but on the other hand when a film festival and jury is as well known and prestigious as this one, it can make a difference. Wearing that laurel, a filmmaker can take his film out into the world and find an audience for it much more easily. A film of mine “The Sweet Hereafter” won an international award at Cannes and it made a big difference in the career of a film.

You have attended the screening of the film “The Other Europe” about illegal immigration? Is this an issue you feel strongly about?

Certainly. The issue is very hot in America and I have written about it in my novel, Continental Drift, which deals with Haitian migration into South Florida. It is a global phenomenon that needs to be dealt with globally, rather than nationally or regionally.

Your most recent book, “American Darling” deals with the issue of US colonialism in Liberia. What made you focus on this?

The story of Liberia is a fascinating example of a very particular form of American colonialism, whereby the US attempts to project itself and its beliefs on other parts of the world with ghastly consequences. Liberia was a country created artificially by the US for its freed slaves. But once the US had abandoned the country, the native population who had been oppressed by the freed slaves rose up against them.

Is there a parallel with the American occupation of Iraq?

Very much. I didn’t intend it to be as I began writing the novel before the Iraq war. But a central them is the unintended consequences of stated good intentions. It has been an American theme ever since its inception. You can see it in our foreign policy adventures in Mexico, in the Philippines, in Vietnam or in Iraq. It is an old and recurring story.

Why do you think America does not learn the lessons of its past backfired intentions?

It begins with the rhetoric of idealism but it is motivated at a deeper level by greed and power politics. Americans have a tendency to project their own fantasies onto the world and not acknowledge the complexities on the ground and then are puzzled when they find themselves not welcomed with open arms.

Should the US leave Iraq sooner rather than later?

It is a dilemma. Having wrecked the house, what do you do? I think first we have to admit we made a tragic mistake and then we have to reverse the process with as little damage to the Iraqis, the region and to ourselves.