With the US continuing to oppose the reform plan for a new Human Rights Council, InfoSud, asked Hillel Neuer, the executive director of UN Watch, a NGO founded by a former US ambassador to the UN in Geneva, for his thoughts on the US position. 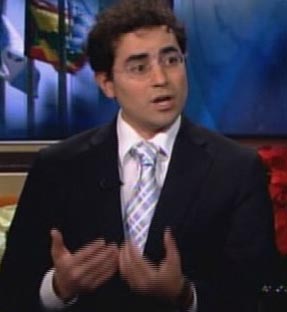 UN Watch has been described as being very close to the US administration. How true is that?

We are close to the US administration in that similar to the US, we speak out against anti-Semitism at the UN and its anti-Israeli bias. We are after all affiliated with the American Jewish Committee.

We share the position of the UN Secretary General, Kofi Annan, namely that we have a discredited Commission so we need a new Council. However, unlike Mr Annan, we believe that we should hold out for the strongest possible Council. To use an analogy, we would rather let the patient wait for the operation he needs than give him two aspirins and tell him to go home.

What are your objections to the reform proposals?

We have three main objections. The first, similar to that of the US administration, is that the proposals do not go far enough in keeping repressive states off the Council and we would like members to be elected by a two thirds majority. Secondly, they weaken rather than strengthen the participation of NGO’s. And finally, we are against the insertion of a clause at the behest of the Organisation of the Islamic Conference demanding that the media respects religion but which makes no mention of the right to freedom of speech.

Some NGO’s and member states would argue that the US should be kept off the Council due to its human rights record, what is your view ?

Several NGO’s like the American Association of Jurists have said the suspension of the Commission is a subterfuge to prevent it discussing US violations such as those in Guantanamo Bay.

This is rubbish. Firstly the suspension was not a decision taken by the US and secondly what difference is a week going to make. I laugh when people talk about a “protection” gap if a new Council is not set up and we are left with a discredited Commission. What has changed? The Commission after all failed to condemn the genocide in Darfur. Now that was a real protection gap.

You have singled out Sudan and Zimbabwe as human rights violators, why have you not mentioned China and Russia?

We are reflecting what we think are the big subjects for the media, namely human rights violations in Darfur and in Zimbabwe, where 700,000 people have been kicked out of their homes. Of course, China and Russia can be criticised too.